This is an perspective on achieving a happy 2nd in a race and how to go one better.

My honest drive and motivation going into the Festival of Cycling criterium was never really to win.  It’s really easy to say ‘I race to win’ and ‘I’m not there to make up the numbers.’  But truly, I know for myself, especially now that I’ve got family and a business, my capacity to single-mindedly do everything possible and fight for the win is actually limited to a few races.  That’s why you’ve got to admire Merckx, or closer to home G-man (Graeme Millar) who would stand atop of the podium more often than not.  In hindsight (isn’t it a beautiful thing!), I can say how I could have won it.

I’ll start by noting that in the world of cycle purists, first is everything and second may as well be tenth.  Why – where in many other sports it’s not uncommon to witness the jubilation of a placegetter crossing the line.  Simple – who remembers who was relegated to second place by Mike Northey at this year’s Tour of Southland?  Had to think about it.  What about the 2012 edition of Paris Roubaix, who rolled in behind Tom Boonen?  Couldn’t tell you.  Whereas if you look at running a marathon, regardless of your place, you can still achieve a personal best (time).

So while I subscribe to the purists’ theory of winning at all costs, my motivation for Sunday’s race was to be at the front from the start to finish; win some primes; get Subway noticed; stay up; and place highly.  I achieved all this (hence a happy second) and being in my hometown got plenty of recognition from people that I know.  But what about the important part – winning, how do you, I, the (potentially) next best thing achieve this?

Well of course there’s the physical ability, you get that from dedication to training.  Probably 90% of the entrants on Sunday had this.  The criterium course (at the University of Canterbury) also dictated that position would end up putting you in the position to win.  At the end of the race there were 5 guys in that position; in the second to last straight there were two; at the final corner there was one. Now we’re starting to narrow the odds.  Finally, but most importantly there’s the rider’s mentality and instinct to win.  Shane Archbold (eventual winner) had this.

And I can tell you exactly where and when Ineeded this to win – final lap, back end of the course, right at the point Archbold slipped past me into the lead.  Had I got on his wheel then and pushed Tom Scully out of second (who had just pulled a massive turn in the penultimate lap) then at least I would have been in the position to fight for first wheel into the last corner.  Without 100% guarantee but as close to as possible – being first into that corner meant being first across the line.

Hindsight ay but actually and more importantly – instinct to win and at the right moment!

On a lighter note, post race at the Subway break-up party, Jeremy Yates, possibly New Zealand’s most renowned purist of late (hates time trials) and I were having a chat when a third party had congratulations in order (for me).  I cringed as I knew Yatesy isn’t one to muse over a second place.  However, Yatesy assumed the congratulations were for me fathering another child…. 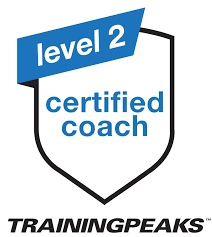